The jacaranda trees are beginning to flower in Sydney. Their purple haze is stunning on its own, but when seen as a backdrop for the hot red of a flame tree, the combination is extraordinary. 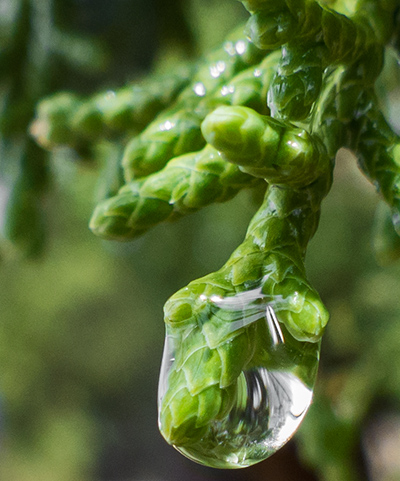 There is one thing to be said for heavy rain: it does present some interesting photo opportunities. These monochrome green photos were taken at the Grand Canyon on a dripping, fog-filled morning when the vibrant new growth was washed clean by the downpour. For a very different monochrome photo of the “view” on that day, click here. 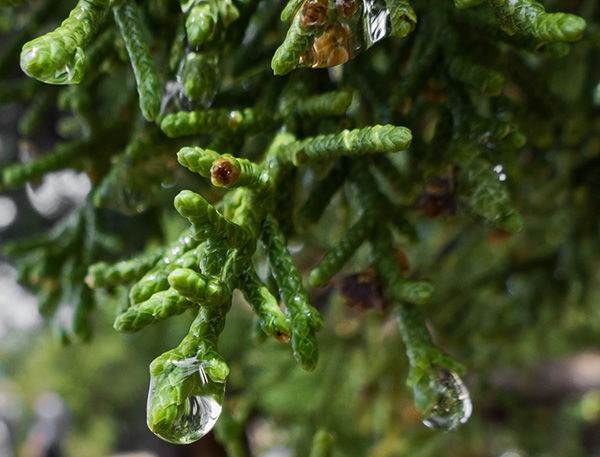 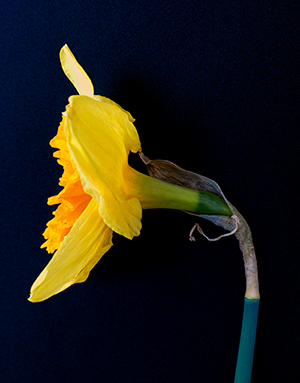 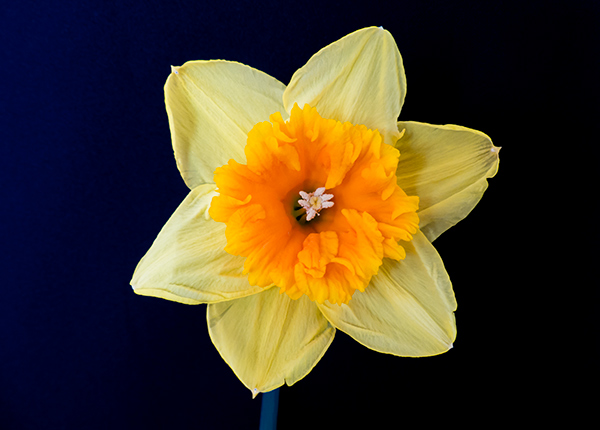 For the Weekly Photo Challenge (a stationary object photographed from three angles), I shot this daffodil from the front, the back and the side.  Friday was “Daffodil Day” here in Sydney, one of the Cancer Council’s big fundraising pushes. The photo below is a “bonus angle” because I think they look cool from this angle!

Daffodil – cirlce, viewed from above

This rainbow of allium flowers would never been seen in nature! 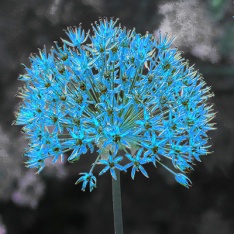 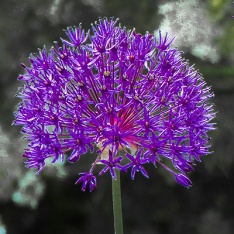 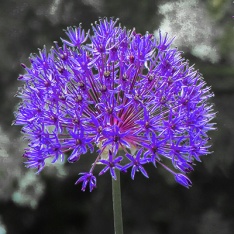 The yellow flowers on this shrub blazed in the morning sun.

This shrub caught my eye this morning, its yellow flowers standing out like a vivid beacon against the shade-dappled adobe walls of a Santa Fe art museum behind it.

(ps: if you know what this shrub is called, please let me know.)

By the end of summer, my Chinese Lantern plant doesn’t look great. It’s straggly and turning brown, its leaves nibbled by insects. There’s a good chance it’s also got an infestation of unwelcome visitors such as aphids or white fly. So although it seems cruel, I cut it back to seemingly dead sticks. My lovely Chinese Lantern plant looks like a collection of twigs. Only days later, though, nubbins of green appear, and tiny leaves unfurl. New plant growth, like any force of nature, is unstoppable.

When it’s blooming, the flowers look a bit like hibiscus blossoms:

And here’s the whole plant in bright morning sunshine:

BTW, if you noticed the funky sort of blur happening in the feature photo, and wondered about it, wonder no more. I was trying to capture the small spurts of growth at the base of the plant, but my lens wouldn’t focus on them. So I used a magnifying glass and shot through that! DIY macro lens. 😉 Not entirely successful, but interesting. 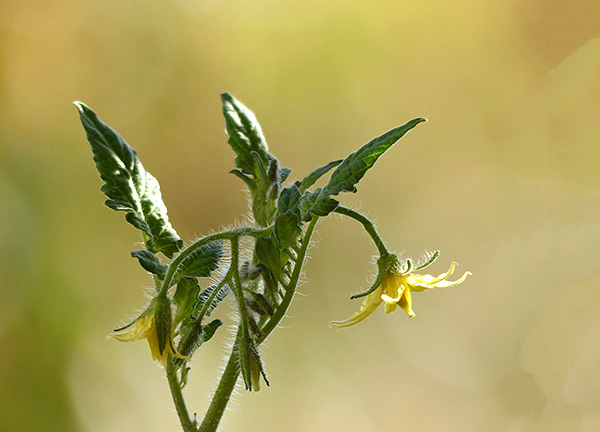 Tomato seedling with flowers. How does it go from this …

Not only tomatoes, of course, but all plants. How does a tiny seed become a plant, where do leaves come from, what makes a flower — and in the case of the tomato, how does a flower become a fruit? The next time you slice a tomato for a salad, take a moment to ponder the intricacy of the process that created that not-so-humble red wonder.

(Confession: I bought these tomatoes. But the three in the feature image at top came from the plant in the first photo. My first harvest!)

Flowers by Kaz
Create a free website or blog at WordPress.com.